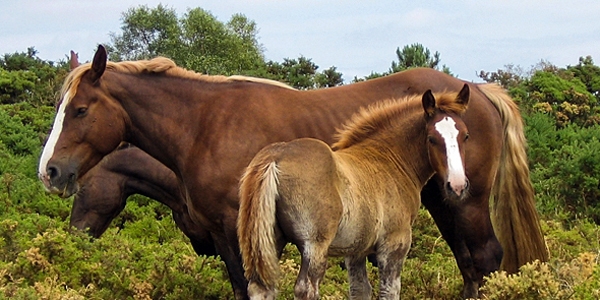 Sometimes change is good; sometimes it is catastrophic. Mostly it is somewhere between these two extremes. All of us - humans, cats, dogs, horses, tulips, spiders and even rocks - are constantly challenged by the consequences of change.

Take these Trait Breton horses. They were originally bred in France as work animals. And, at the end of their lives, they would have been butchered for meat. But as traditional markets dry up, either new roles must be found for them or the breed will become extinct. In this photo, they are being used to control gorse, an invader of fragile natural habitats.