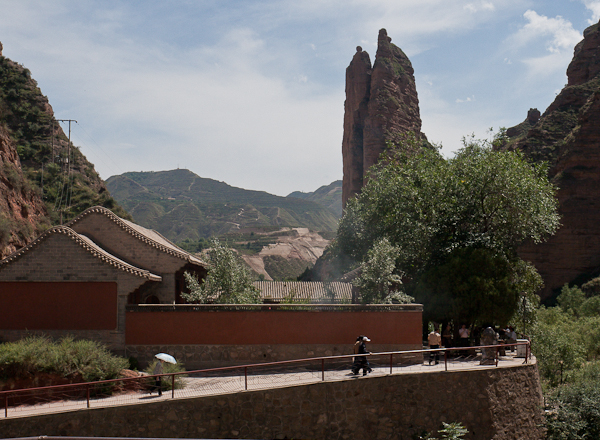 Buddhist temple at Binglingsi (Yellow River, Yongjing). The temple courtyard is full of roses and the smoke is from burning incense. Within the temple is a sculpture of a reclining Buddha. Binglingsi was an important Buddhist centre on the Silk Road, connecting the Tibetan Empire with Han China. Natural and manmade caves, caverns and cliff faces on the north bank of the Yellow River are illustrated with wall paintings, sculptures and inscriptions. The art dates from the 5th c AD to the early 20th century AD (from the Western Jin Dynasty to the Qing Dynasty).