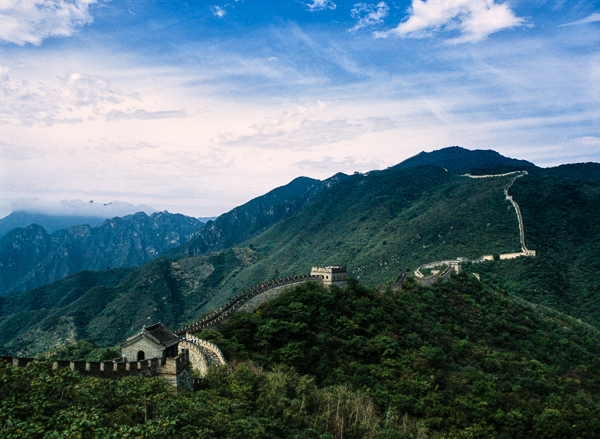 A view of the Mutianyu Great Wall, northern China

This is a view of the Mutianyu Great Wall, about 70 km northeast of Beijing. This section of the Wall was built during the early Ming dynasty (1368-1644). The usual explanation for its construction is that it was built as a defense against incursions by 'barbarians' from the north. However, this hugely simplifies the historical evidence. In fact, it is arguable that the Wall was built in order to incorporate and defend land taken from its pastoral nomadic inhabitants by the Chinese. These borders were in dispute throughout much of Chinese history.