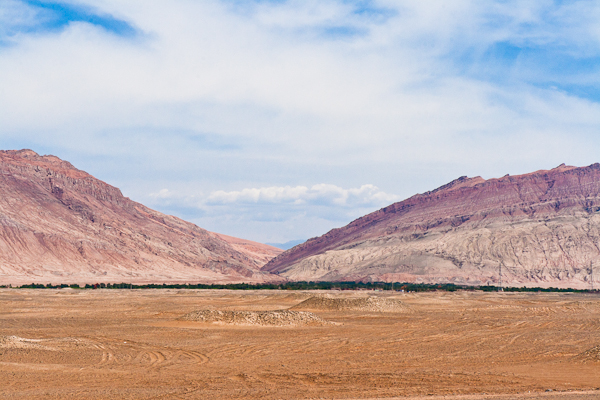 Yanghai archaeological site was occupied from approximately the 12th to the 1st centuries BC. The site, located south of the Flaming Mountains (background), comprised both settlement remains and cemeteries. The crater shaped structures in the centre of the photo are karez wells. They channel meltwater from the Bogda Shan mountains (north of the Flaming Mountains - in the far background) into the Turfan Basin where it can be used for irrigation and for domestic purposes. Evidence suggests that karez wells have been used in Turfan from around the 18th to 21th centuries AD.