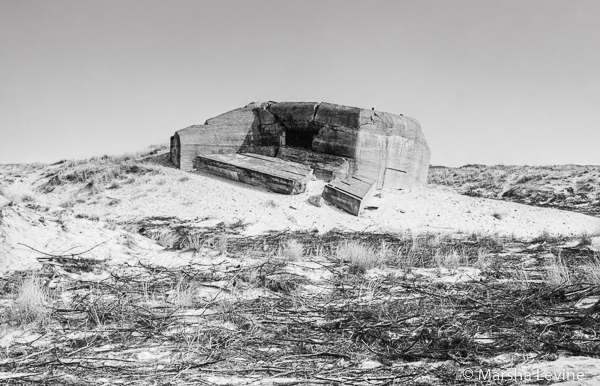 This WWII German bunker was constructed 1942-4 as part of Hitler's Atlantic wall. Located on Grand Crohot beach, Gironde, it was built to protect the west coast of Europe from Allied Attack. The bunker, like many others, even 40 years ago was already suffering from the affects of weathering and erosion.